Bob Lazar is one of the world's most recognised UFO whistle blowers, watch his full length original interview where he discusses Area 51 and his work with alien crafts.

“There have been a lot of errors in the pandemic and it’s cost human lives.” As the coronavirus pandemic spread throughout the population, hospitals...
Opširnije
Facebook
Twitter
Pinterest
WhatsApp
Telegram
Viber

Robert Scott Lazar (Bob Lazar) born on January 26, 1959 is revered throughout the UFO world, he has made some astonishing claims over the years and has even passed polygraph tests to prove his legitimacy.

He claimed he was hired by the US Government in the late 1980s to reverse-engineer alien technology at the site now known as “S-4”, Lazar has said that this secret military installation is a subsidiary of Area 51, located in the Nevada Desert.

He has gone into impressive detail over the years whilst talking about the alien craft’s he claimed he worked on, one of the most substantial claims he made was that of element 115, which at the time he divulged the information on it, had not yet been synthesized.

Bob Lazar stated that in his time working on secret projects regarding UFO technology, he had personally seen briefing documents that described alien involvement in human affairs spanning back almost 10,000 years.

Bob Lazar’s astonishing claims resulted in Area 51 being brought into public interest, an interest that has only intensified over the years. In May 1989, Bob Lazar appeared in an interview with reporter George Knapp on a Las Vegas TV station KLAS, using the name “Dennis”, Lazar appeared with his face hidden to discuss his employment at “S-4”, Area 51.

Bob Lazar spoke about how the “S-4” facility was opposite to Papoose Lake, which is located just to the south of the main Area 51 facility at Groom Lake. He professed that the site consisted of concealed aircraft carriers that were buried into the mountainside. Lazar spoke about his role within the facility, reverse-engineering one of nine flying saucers that were being kept there, he claimed that they were all of extra-terrestrial origin.

He famously described one of the alien crafts as the “Sport Model”, he spoke about how this particular craft was made out of a metallic substance similar in appearance and touch to stainless steel. In a subsequent interview that same year, Bob Lazar appeared using his own name and without his face covered, he claimed that his interview for employment at Area 51 was through contractor EG&G and his employer was the United States Navy, EG&G said that they held no records on him when questioned by reporters.

Bob Lazar spoke about the propulsion of the alien craft he claims to have worked on, stating it ran on an antimatter reactor and was fuelled by the chemical element 115 (E115), which at the time was provisionally named ununpentium and had not been artificially created yet. (It was first synthesized in 2003 and then later named moscovium.) This added a lot of credibility to Bob’s story given the fact he told the public about this element many years before.

Lazar also claimed that whilst working on the secret project, he had seen and read briefing documents that detailed alien involvement with Earth for over 10,000 years, he said that the documents described grey aliens from a planet orbiting the twin binary star system Zeta Reticuli.

He always denied actually every seeing any alien beings, however, he did say that whilst walking down a hallway at S-4, he caught a glance through an open door of what he described as two men in lab coats talking to “something small with long arms”, he said that other employees, above him in the chain of command referred to the extra-terrestrials as “the kids”. 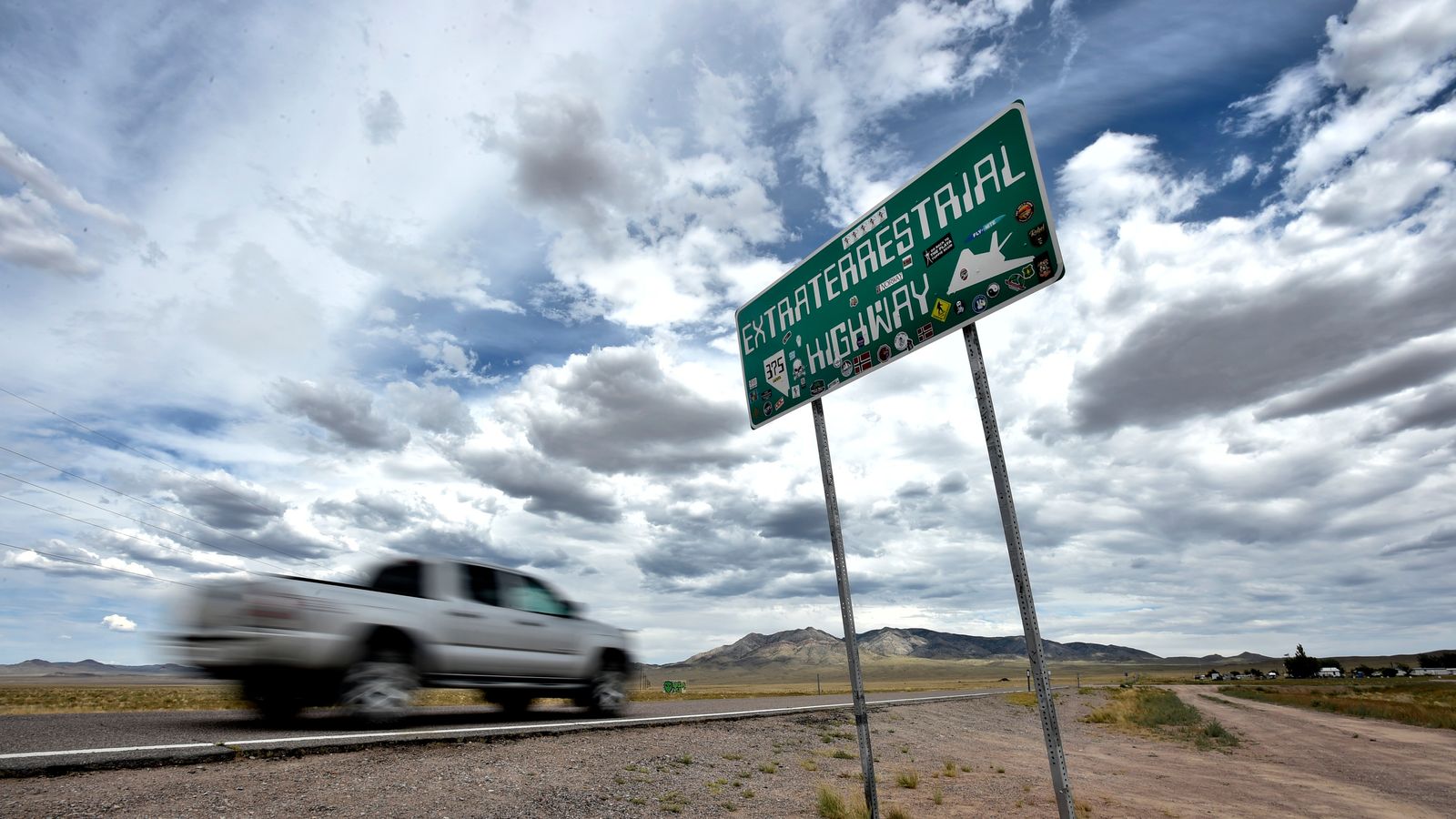 Proving Lazar was telling the truth has proven a difficult task, he claimed he earned a master’s degree in physics from the Massachusetts Institute of Technology (MIT), and a master’s degree in electronic technology for the California Institute of Technology (Caltech), however, both of these educational institutes say they have no records of Bob Lazar attending either MIT or Caltech. His supposed employment at a Nellis Air Force Base subsidiary has also been denied by the United States Air Force.

His alleged employment as a physicist at Los Alamos Laboratory has also been denied by authorities there, however, adding substantial credence to Bob Lazars claims, he was mentioned in multiple New Mexico newspaper articles from the summer of 1982 as an employee here, investigators also found a Robert Lazar in a 1982 Los Alamos National Laboratory phone directory, even though the laboratory have repeatedly denied having any records of him whatsoever.

Bob Lazar claims that his records have been erased in a bid to discredit his claims.

If you have a genuine interest in the potential of alien life and government coverups we suggest you watch the full interview and make your own assumption.

Share
Facebook
Twitter
Pinterest
WhatsApp
Telegram
Viber
Prethodni članakOld man in a hurry: Biden must act quickly to save his presidency
Naredni članakNew evidence supports idea that America’s first civilization was made up of ‘sophisticated’ engineers

The Native Americans who occupied the area known as Poverty Point in northern Louisiana more than 3,000 years ago long have been believed to...
Opširnije
(un)real

Seventy-five years after the disappearance of five aircraft and their entire crews over the notorious Bermuda Triangle, an Australian researcher has thrown new light on...
Opširnije

Abstract Does our history only appear overheated, while it is essentially calmly predetermined? Is it directional or conceivable, dialectic and eclectic or cyclical, and therefore...
Opširnije
Health

Child (12) dies two days after corona vaccination in Germany: According to experts, connection is likely

In northern Germany, a child dies two days after a corona vaccination. A connection has not been proven. Forensic doctors think it is likely. The...
Opširnije
(un)real

Blackmail to Israeli citizens: Without a third dose they don’t give you a green pass

On Sunday, many Israelis lose their Corona certificate – the green passport, which confirms that they are adequately vaccinated. A new certificate is tied...
Opširnije

BOSNIA PRESS is an independent political magazine. This website is intended for information, entertainment and education.

2010. © Owned by BOSNIA PRESS. All rights reserved. Content from BOSNIA PRESS may be copied and transmitted, with the obligatory indication of the source and author, with a link to the source.

This will close in 35 seconds